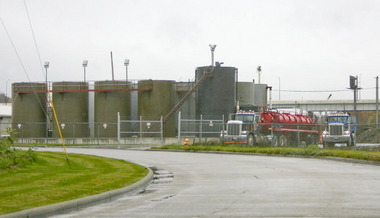 YOUNGSTOWN, Ohio — Federal charges are expected to be filed today against an oil and natural gas drilling company accused of dumping more than 20,000 gallons of fracking waste into a tributary of the Mahoning River on Jan. 31, according to a news release from U.S. Attorney Steven Dettelbach.

Dettelbach has scheduled a news conference for 1 p.m. to announce the charges against D&L Energy, a Youngstown-based company engaged in fracking operations primarily in the Appalachian Basin of Ohio and Pennsylvania, according to its website.

D&L Energy faces charges of violating the Clean Water Act, according to the news release.

D&L was the owner of a disposal well that state officials linked to a series of earthquakes that rocked the Youngstown area from late 2011 to early 2012.

The fracking waste, known as brine, is a mixture of salt water tainted with naturally-occurring toxic metals and radium and other industrial fluids that bubble up out of shale wells after they’ve been fracked. The fracking process pumps millions of gallons of water, sand and chemicals underground to shatter the shale and free trapped oil and gas.